A downloadable musical instrument for Windows and macOS

Have you ever wanted a musical keyboard for your desktop or laptop computer? Maybe to work on some harmony assignments, or get a tuning note, or to try and figure out the elusive melody or chord change you just heard in your head or on the coffee shop sound system?

To play, you can either mouse-click-and-hold a piano key graphic, or use the computer keys like a miniature piano: the number row is used for the black keys, the Q-W-E-R row is used for white keys. The leftmost key (TAB) is a C, and the rightmost key ("]") is an A.

Suggestion: run two copies* at once! Set up one to hold a drone note or chord, and play a melody with the other.

REQUIREMENT: PC or Laptop with either a 64-bit Windows or Mac OSX operating system.

Windows 64: After downloading, I recommend executing the program setup-referencenotekeyboard-1_1-win64.exe from the File Explorer instead of running it from within the itch.io application. (I haven't been able to figure out how to get the itch.io application to work smoothly with installer files.) Running the setup-...exe will start a familiar Windows Setup process. The default directory tor installing the program is in c:\Program Files, but another directory can be chosen instead. You will have the option of creating a desktop icon. The setup-...exe file can be deleted once the program has been installed. The first time you run the program you may have to right-click the application and select run and override safety messages, as I have not yet bought a developer certificate.

Mac OSX: After downloading, you should be able to click on it and run it from whatever location you wish to put the application. The first time run, you may need to click past security warnings. A right click and "Open" should allow you to do this. Also, if the open has been stopped (after normal clicking) you can go to the System Menu (Apple menu) and click System Preferences/Security & Privacy/General, and select "Open Anyway". 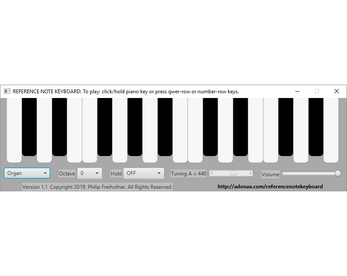